We first stumbled across’s Illustrations at The Sunday Up Market in East London’s Brick Lane. Initially captured by the detailed images which resemble a balance of both Modern and Victorian London, we wanted to talk further with Dan Hillier about his work.

It was during this process that a collaboration formed, as Creative Mapping featured one of Dan Hillier’s images in a promotional campaign. This image was printed onto thousands of London’s oyster card holders and distributed internationally.

“I was approached by Eddy from Losers to talk about the possibility of animating some of my work for their debut single. A mutual friend put Tom (director and animator) and I in touch and we spent the next little while working on the video.
Tom came up with a storyboard and I supplied him with my artwork, as well as creating some new characters. From there I left him and his team of animators to painstakingly bring it alive, intermittently sending over new bits and pieces for him to add in to whatever he had come up with along the way. The story was Tom’s idea and we brought in a few changes together to allow further playfulness and strangeness to occur. We were both well pleased with the results and have since been commissioned to make 3 short animations that will fill a huge zoetrope in the first room of the Marc Jacobs & Louis Vuitton show in the Louvre in March.” Dan Hillier

CM: Describe a productive work environment for you?
It’s pretty much a ramshackle big room in my house. I’ve got a fair few pictures up…. it’s a bit of a mess. I’ve always got lots of prints lying around and bits and pieces that I’ve found of interest. But generally, for me to work, I like to have a reasonably organised space, so getting myself ready for work often involves a lot of tidying up. I’ve got a really nice, big library and huge bay window looking out onto some trees. I always listen to music or a radio while I’m working, especially dark, ambient stuff.

CM: What is your philosophy as an artist?
I just really love the process of making pictures; playing with drawing and images that I have. I guess what I want to achieve with my art is to make work that I’m happy with, that allows me to continue working as an artist.

CM: Is there an emotional element to your images?
The art I like is usually dissimilar to what I do; I like artists like Mark Rothko, Giacometti and Louise Bourgeois, people like that, who make these big pictures or installations of sculptures which definitely have quite an emotional atmosphere to them – and atmosphere is something that I’m really interested in.

A lot of the (my) work involves pictures from Victorian times and a lot of these involve drawings, engraving, etchings or whatever, and have quite a dramatic edge to them… and I like playing with that. I want to make pictures that have an impact on people – something that stops people and connects with people. I like the idea that they might transport people to somewhere a little bit mysterious.

CM: What challenges do you face as an illustrator?
After producing a series, I’m not always sure what I’m going to do next. There can be a gap where I don’t feel inspired, which can be a bit daunting – but it’s also an interesting place to be.

CM: What materials and equipment do you use?
The main thing I use is Photoshop to collage, but my favourite material to use is ink – I just love ink drawing. It’s something I don’t do nearly enough of, but my ideal way to work really is to sit down and scratch away with pen and ink. It’s something very calming for me to do. 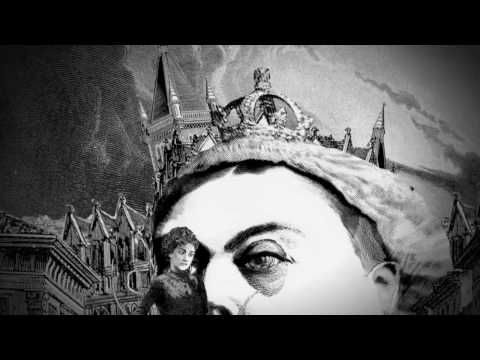